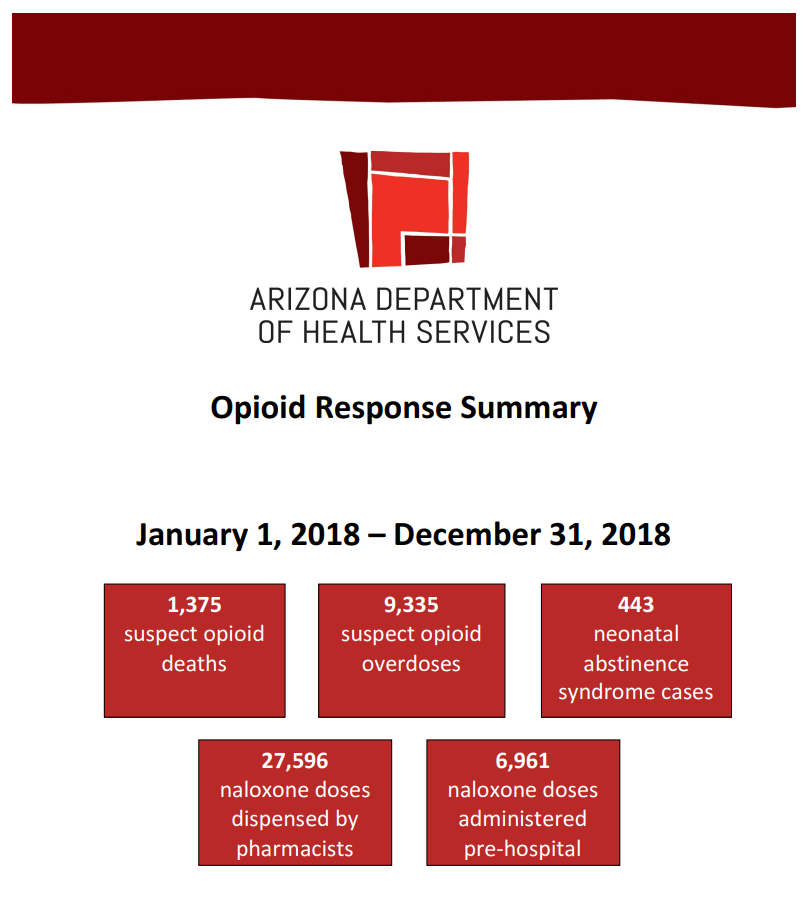 Today we released a new report highlighting recent activities in the fight to reduce opioid overdoses and deaths in our state, and a look at opioid surveillance data in the past year. The report highlights some areas of great progress:

We also continue to monitor data indicating progress on some of the many interventions and policy measures that went into effect last year. These measures include:

Yet, we know the crisis is far from over. The opioid surveillance data indicates an increase in the number of suspected opioid overdoses reported to ADHS, particularly in the last three months of 2018. The data also tell us that:

The response to the opioid crisis by hundreds of organizations and individuals across Arizona has been enormous. First responders, law enforcement, treatment providers, the medical community, coalitions, community advocates, academic institutions, and public health agencies continue to implement new and existing strategies. We know it will take time to turn the tide on the epidemic.

Many of the provisions of the Opioid Epidemic Act that went into effect in late April were primary prevention strategies to keep people from unnecessary exposure to opioids. New federal resources were provided to Arizona in the fall of 2018 with implementation just beginning on many of the initiatives. So much work is underway, and so much is yet to be done!

The next steps for ADHS will include reconvening partners in April to assess our progress and determine what more can be done to save lives and prevent opioid use disorder from continuing to ravage Arizona’s families and communities.