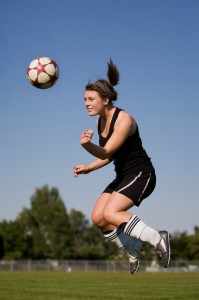 If you’re a product of the 60s and 70s like me… you probably remember that the President’s Council on Physical Fitness  was a big deal in elementary school.  At least it was in Tucson where I grew up.  By practicing things like chin ups, rope climbing, and running a mile in a certain time you could qualify for a cool badge and a certificate that looked like it was signed by the President.  In those days, the Council focused on rigorous fitness…  with less of an emphasis on general physical activity.

The Council was started by an  Executive Order in 1959 but substantially bolstered in January, 1963 by an EO from President  Kennedy.  Some of you might remember RFK’s famous 50 mile trek on February 9, 1963 when he walked with his AG staff from Great Falls, MD to Harpers Ferry, WV.  The journey was triggered by a challenge from his brother, (JFK), who had told the story of Teddy Roosevelt’s 50 mile military walking challenge when he signed the 1963 Executive Order.  Only 1 person made it to the end of RFK’s 50 mile walk- you can guess who (he was wearing Oxford shoes in the snow and ice). Here’s an interesting NPR Story on the walk.

Some of the partnership organizations that play a key role in the Council’s mission these days include the NFLs Play 60 Program; Joining Forces which focuses on physical activity for military families; the Entertainment Software Association, which highlights active video games as one tool to help Americans lead more active lives; Let’s Move! Active Schools, which empowers school champions to create active environments to get students moving; and Let’s Move (the First Lady’s public health initiative); and Special Olympics among other partners.

In short, you can see that the mission of Council has morphed from its early focus on fitness to a new approach that focuses on getting people moving (not necessarily in a competitive way) and encouraging better, healthier eating.  For example, today’s award is called the Presidential Active Lifestyle Award which focuses on a healthier lifestyle rather than fitness.  Kids and adults can work toward Presidential Active Lifestyle Awards and gear. You can even order a personalized digital badge that’s perfect for touting your accomplishment on social media.