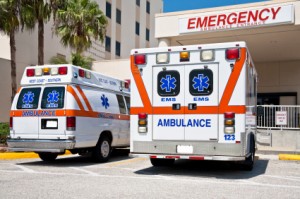 Today I denied Rural Metro’s request for a rehearing and issued the Certificate to AMR.