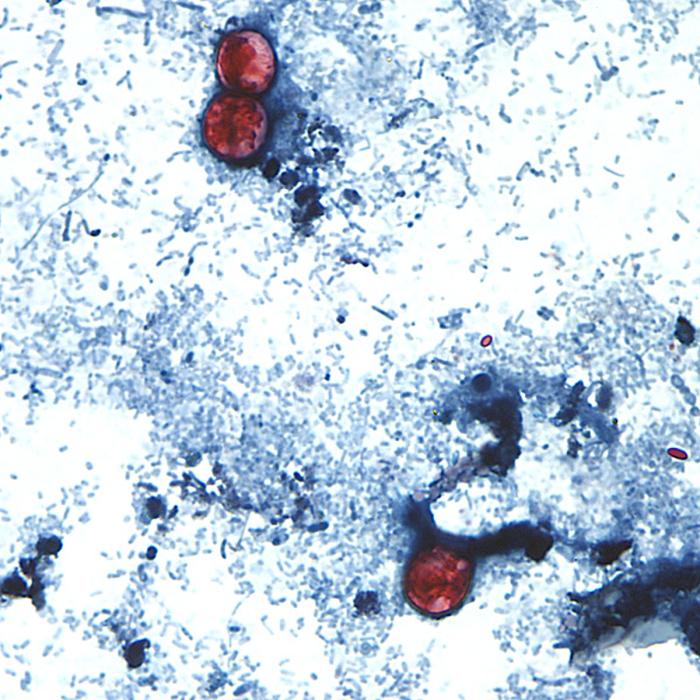 Currently, the United States and Canada are experiencing an outbreak of Cyclospora, a foodborne parasite. People who swallow this parasite become sick with ongoing diarrhea, often going away and coming back (relapsing), loss of appetite, gas, stomach pain, and fatigue. Symptoms usually start a week after the parasite is swallowed, but can be as short as 2 days or as long as 14 days. This illness can last for days to months.  A Cyclospora infection can be diagnosed through stool testing. This infection is not thought to be spread person to person.

The current outbreak has sickened 882 people, with most cases occurring in Texas, Florida and New York.  Almost half (54%) of these cases did not travel internationally before becoming sick, meaning they acquired the infection domestically (in the United States).  Within Arizona, there have been four cases this year – only one case reported no international travel.

When cases of Cyclospora infection are reported to public health, tribal, local, and state health departments interview cases quickly to find out where, if anywhere, they traveled, and what kinds of foods were eaten in the two weeks before they became sick. This information is sent to CDC to help paint a picture of common food and travel among cases nationwide.

Outbreaks of this bug have caused hundreds of Americans to become sick in past years, primarily during summer months (May through September).  Since 2000, outbreaks have been linked to raspberries, blackberries, basil, snow peas, sugar snap peas, bagged salad, and most recently, cilantro. Since 2012, cilantro has been the suspected or confirmed source of the annual cyclospora increase in United States and Canada.

Farms in Puebla, Mexico, were found to have unsanitary conditions which are believed to have led to contamination of imported cilantro possibly associated with prior outbreaks. During inspections, FDA and Mexican officials discovered human feces and toilet paper in fields, insufficient or non-existent hand washing and toileting facilities, and unclean food preparation surfaces.

Anyone with symptoms of Cyclospora should see their health care provider for evaluation.  Even though this parasite is not passed person to person, it is important to stay home from work or school when sick with diarrhea, and wash hands frequently with soap and water for at least 20 seconds.