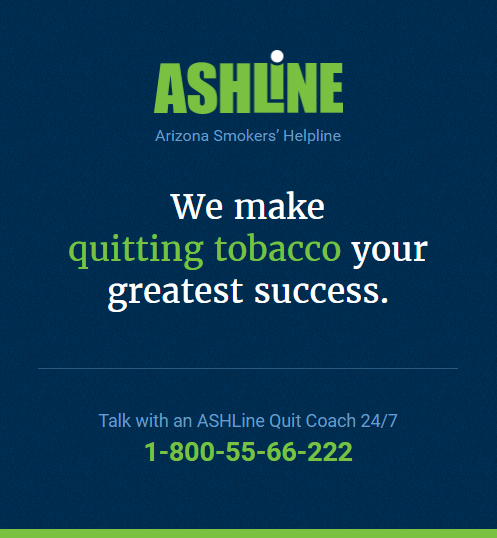 The American Lung Association recommends speaking with your doctor if you believe you may be at risk for lung cancer. Risk factors for lung cancer include smoking, genetic factors or exposure to secondhand smoke, radon gas, or air pollution. Screening with annual low-dose CT scans for those considered high risk for lung cancer is now covered by most health insurance companies and Medicare. Learn more with this quiz to determine if you or someone you know should be screened.

We also operate the Arizona Smokers’ Helpline that provides personal coaching and up to four weeks free of nicotine replacement therapy for anyone who wants to quit smoking.

Quitting smoking can lower the risk of lung cancer and other respiratory diseases .

If lung cancer is caught before it spreads, the likelihood of survival more than triples. For more resources and information about screening and treatment of lung cancer, visit the American Lung Association online. People who want to lower their risk of lung cancer by quitting smoking can call the ASHLine for free at 1-800-55-66-22.