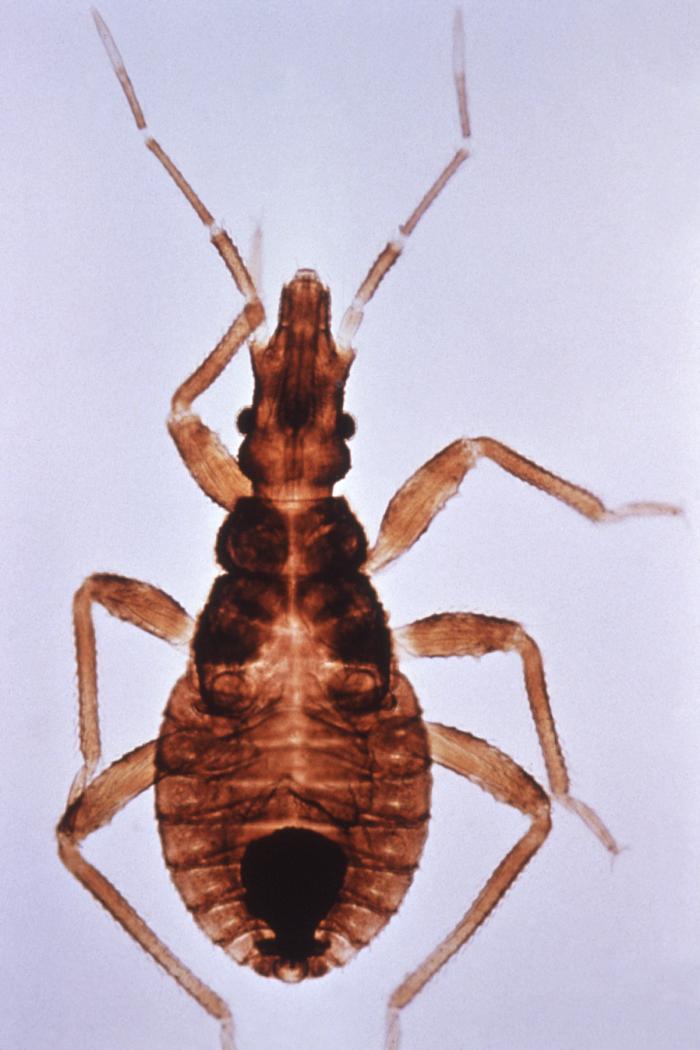 Chagas disease is caused by the parasite Trypanosoma cruzi and spread by the kissing bug. This little bug has been in the news a lot lately. Chagas disease is NOT transmitted through the bite of the kissing bug, but actually through the bug’s feces that might be left on a person and then accidentally scratched into their skin or wound. Because most kissing bugs don’t stay on people long enough to leave behind feces, Chagas infections are pretty rare. Kissing bug bites can, however, cause serious allergic reactions in people who are sensitive to the bug’s saliva. These reactions are unrelated to Chagas disease.

Most people who have been infected with the parasite do not have any symptoms. The signs of Chagas disease occur in about 30% of infected people and can take many years to develop —sometimes 10 to over 30 years. Illness caused by Chagas disease usually involves the heart, including irregular heart rhythm, an enlarged heart, or heart failure. These can become life-long conditions. Dogs can also develop Chagas disease if exposed to kissing bugs.

Kissing bugs have been found in at least 28 states in the U.S. and in Latin American countries. While the type of kissing bug capable of spreading Chagas disease is found throughout Arizona, the few human cases of Chagas disease identified here were all reported from travel to areas outside of the U.S. where the disease is known to be present.  Although the risk for Chagas disease in Arizona is low, people who live in rural areas where kissing bugs may be active can prevent bug bites by keeping wood piles away from homes and ensuring screens are intact on windows and doors.