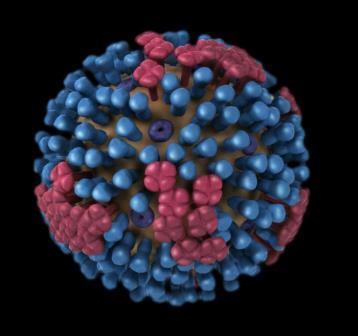 By now, it’s likely you know someone who’s gotten the flu this year.  Last week, Arizona joined the ranks of 46 other states that are having “widespread” influenza activity.  We’ve had 2,316 cases reported so far this season, with 761 of those being reported in the last week. That’s 130% more cases than this time last year.  With H3N2 the predominant strain (a particularly dangerous one), this flu season could be a hard one…especially given that the H3N2 component in this year’s flu vaccine isn’t perfectly matched with the strain in the community.  Flu vaccines, even if imperfectly matched, are still the best protection against influenza.

Arizona has some pretty big events (like the Super Bowl) coming up, and thousands of visitors will be arriving from places where flu has been widespread for weeks.  There’s still time to get vaccinated before the influx of visitors (the flu shot takes two weeks to provide protection).  But as always, remember to wash your hands often, cover your mouth and nose when you cough and sneeze, and stay home when you’re sick.  If you’re feeling sick, call your doctor instead of heading straight to the ER – many of our emergency departments are experiencing long wait times.

Respiratory syncytial virus (RSV) is also active right now.  So far, Arizona has had 819 cases reported this season, a 208% increase from this time last year.  Like every year, most of our cases are in kids under the age of 5, so it’s really important to keep your little ones healthy by washing their hands often, keeping them away from other sick kids, and keeping them at home when they’re sick.