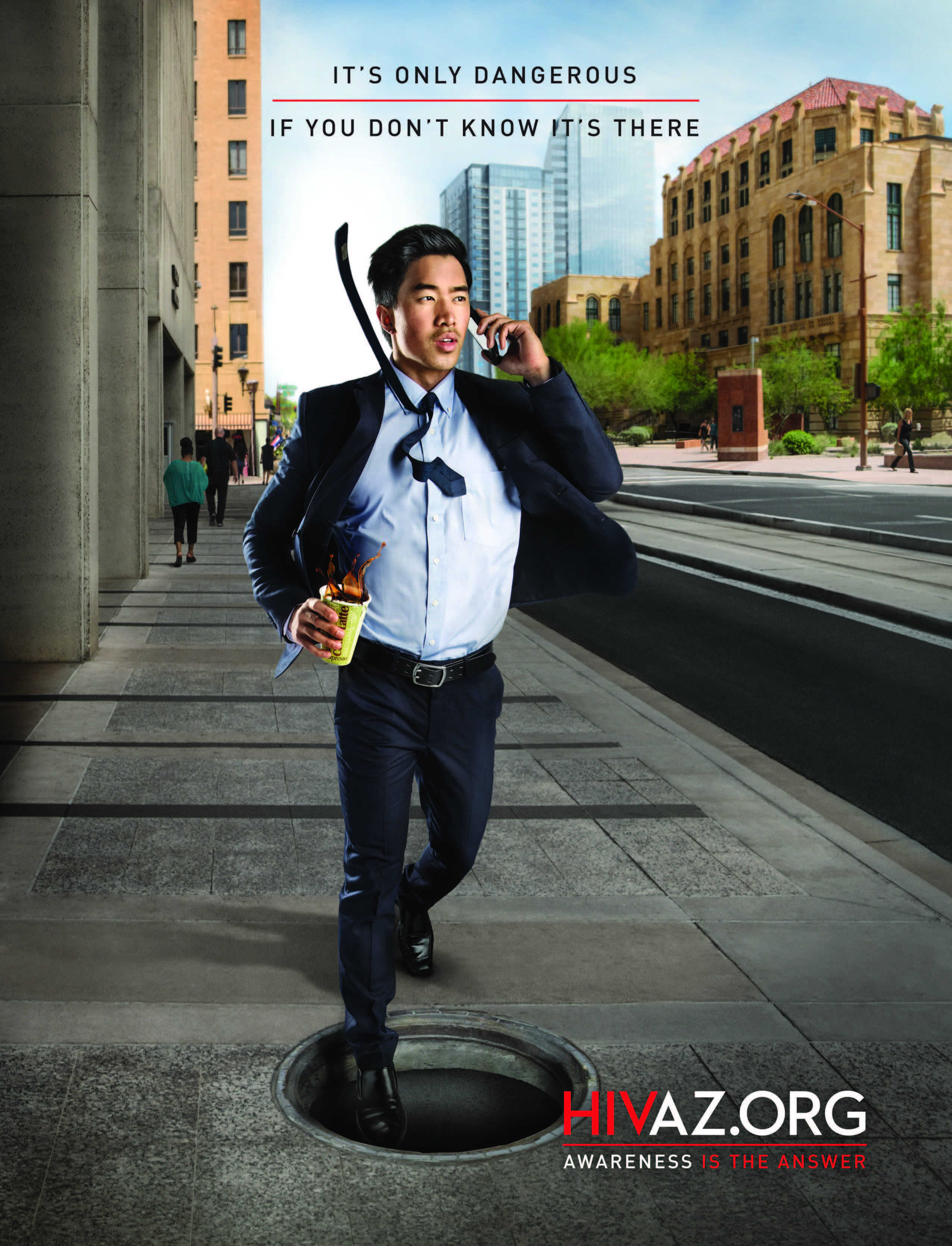 Our HIV Prevention Program in the Bureau of Tobacco and Chronic Disease launched Arizona’s first statewide HIV prevention media campaign in late October. The media campaign uses the tagline “Its Only Dangerous When You Don’t Know It’s There” and is designed to positively promote and support HIV-related public health and safety. The campaign features people running into a signpost, falling into an open manhole, and walking into a glass door because they weren’t paying attention to what they were doing. The images support the need for people to remain aware of the risks of HIV and know their HIV status, whether positive or negative.

The campaign directs people to get more information at HIVAZ.org, Arizona’s comprehensive online HIV resource established by Phoenix-based Aunt Rita’s Foundation. So far the campaign has been very successful in driving traffic to the website. The website typically has 60 to 90 visits per day. Since the campaign started the website is now getting more than 900 visits or more each day.

The concept was a highly collaborative community endeavor that included input from several community stakeholders. A common theme that emerged from the discussions was that people had basic knowledge of HIV and how to protect themselves, but similar to the people portrayed in the campaign, often stop being attentive and become at risk for contracting the disease.