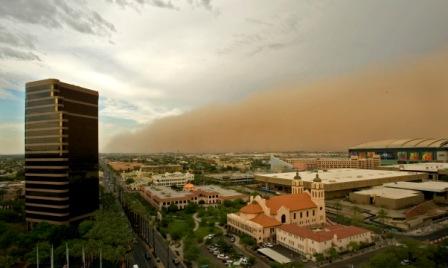 The first Fungal Disease Awareness Week is taking place from August 14 through 18. This week was organized by the CDC and partners in order to raise awareness about fungal diseases. Although there are many types of fungal diseases that occur in the U.S., there is one that stands out above the rest in Arizona.

Valley Fever has a large impact on Arizona each year with over 5,000 reported cases, 700 hospitalizations, and 50 deaths. Valley Fever is also a very costly disease with 2015 hospitalization charges for Arizona residents totaling $50 million with a median charge of $45,584 per hospitalization. Although anyone who has been in an area where the fungus is present can get the disease, most people who become infected have mild symptoms or none at all. However, some people suffer from severe effects, such as pneumonia or the spread of the fungus from the lungs to other parts of the body.

Unfortunately, people with fungal diseases often have delays in being diagnosed or aren’t diagnosed at all. It usually takes two visits to a healthcare provider before being diagnosed with Valley Fever. However, patients who knew about Valley Fever before seeking healthcare were more likely to be diagnosed earlier than those who didn’t know about the disease. That is why it’s important to know the symptoms (cough, fever, feeling exhausted) and ask your doctor to test you if you think you have Valley Fever.