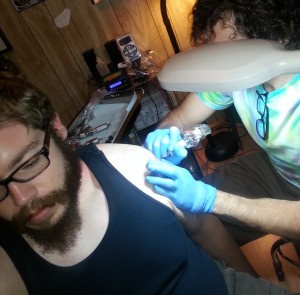 One of the key objectives of public health is to assess the cause of disease or bad outcomes so we can design interventions.  In order to do that, we need to be able to tell the difference between when something is actually “causing” an outcome and when the exposure or condition is simply “associated” or “correlated” with an outcome.  Whether something causes or is simply associated with a bad outcome is a key factor when we design interventions.  The following examples may shed some light on the relationship between risk factors, outcomes, and the difference between association and causation.

A study in the American Journal of Clinical Pathology that found that “…persons with tattoos appear to die earlier than those without”.   The study found that people in the study group with a tattoo died 14 years earlier than people without a tattoo (p = .0001).  This study doesn’t conclude that having a tattoo actually causes people to die earlier.  Rather, it suggests that having a tattoo may be associated or correlated with other independent factors that might lead to an earlier death (e.g. people with tattoos may be more likely to have risk-taking behaviors).

For example, if researchers were to expose one randomly-selected group of people to poison ivy via direct contact with poison ivy leaves – while not exposing the control group to poison ivy – they would most likely be able to establish that poison ivy actually caused the rash.  It’s this random assignment to conditions that make experiments sophisticated enough to detect actual causation.