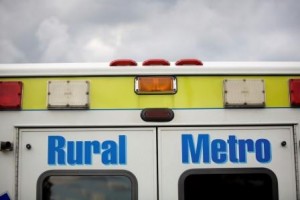 This past summer I blogged about Rural Metro failing to meet a bond payment and having some issues with an ambulance service contract in California. They subsequently filed for bankruptcy and are in the process of negotiating with their creditors.  This is important- because they’re a big provider of 9-1-1 and hospital to hospital ambulance service in Arizona and we’re in charge of approving ambulance services operations in Arizona.  You can read more about it in these two blogs (August 5 and September 9).

We’re also concerned because Rural Metro wasn’t meeting their response times in 5 different service areas in AZ (called CONs) over the summer…  so we opened up an investigation.  Late last week they responded to our investigation by sending us response reports and the raw data.  Our investigation will likely take a while, so we also asked them to provide us with month by month response time data for each of the CONs.  We received that information this week and are looking at it right now.

While we can’t draw definitive conclusions from a couple month’s response time data, it does appear that that their response times have marginally improved.  We’ll continue to actively monitor their performance during the bankruptcy process.  By being proactive, we’ll be able to identify early signs of performance slippage and intervene before the system is at risk