A New Tick-borne Disease on the Horizon in Arizona

A New Tick-borne Disease on the Horizon in Arizona 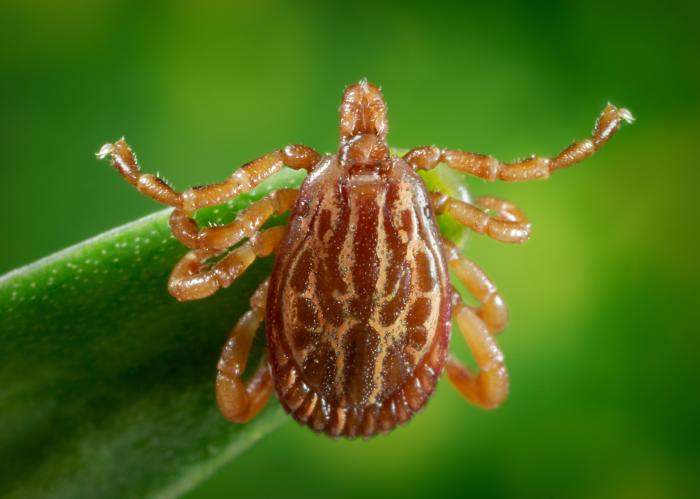 In the last two years, the tick-borne disease Rickettsia parkeri rickettsiosis (R. parkeri) has been identified in two Arizona residents. Both were bitten by ticks in the mountainous regions of Southern Arizona.

Only 40 cases of R. parkeri have been reported in the United States since the disease was first recognized in 2004. The tick responsible for the Arizona cases is Amblyomma triste, a tick that was not known to be in this area until recent years, with the exception of a few historical reports.

A few of our epidemiologists partnered with local and federal agencies to publish an article, “Rickettsia parkeri Rickettsiosis, Arizona, USA” in the May edition of Emerging Infectious Diseases. The article discusses the two cases of R. parkeri and the discovery of A. triste as the tick vector, and suggests next steps for Arizona. Education and outreach to people recreating or working in southern Arizona regions where the A. triste tick has been found is already underway to increase awareness and reduce risk of disease.

R. parkeri rickettsiosis is similar to Rocky Mountain spotted fever, but tends to be less severe. Symptoms include fever, headache, joint and muscle pain, rash, and a dark scab at the site of the tick bite called an “eschar”. To prevent tick bites and tick-borne diseases, it is important to wear long sleeves and pants and use insect repellant with DEET when working, hiking or recreating outside. Check for ticks, remove attached ticks with tweezers, and visit a doctor if any signs of illness develop.