World AIDS Day Recognizes Progress Made to End the Epidemic

World AIDS Day Recognizes Progress Made to End the Epidemic 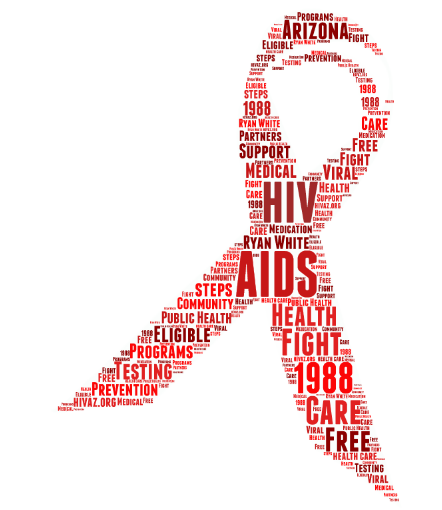 Today the Arizona Department of Health Services join all Arizonans in the recognition of World AIDS Day. World AIDS Day was established in 1988 as opportunity for people worldwide to unite in the fight against HIV, show support for people living with HIV, and to remember those who have passed.

This year, we also have reason to celebrate. Many people who are living with HIV are enjoying long, healthy lives because of advances in medications used to treat the disease. Exciting new research has shown that HIV treatment can also prevent the spread of HIV. Three different studies with thousands of participants have confirmed that when a person living with HIV is on effective treatment, it will reduce the level of HIV to “undetectable” levels which protects their health and makes them incapable of transmitting HIV to their sexual partners.

On September 27, the Centers for Disease Control and Prevention issued a letter supporting “Treatment as Prevention.” Worldwide, more than 500 organizations in 67 countries support this landmark development. A global social media campaign, U=U (undetectable= untransmissible) is raising public awareness. When combined with pre-exposure prophylaxis (PrEP) and other options that keep people from getting HIV, Treatment as Prevention will have a significant impact on the worldwide HIV epidemic.

Locally, ADHS’ HIV Prevention Program and Ryan White Part B Program have partnered with organizations statewide to achieve victory over HIV. Regional strategies have been implemented to increase the number of people living with HIV who are virally suppressed, decrease the number of new cases of HIV, and eliminate HIV-related fear and stigma.

In early January, the City of Phoenix became the second largest US city to join the UNAIDS Fast Track Cities Initiative, an international commitment to end the worldwide HIV epidemic by 2030. To learn more about Arizona’s plan to end HIV, visit HIVAZ.org/victory