Home/Preparedness/Tuberculosis Cases Declining in Arizona and Nationwide
Previous Next 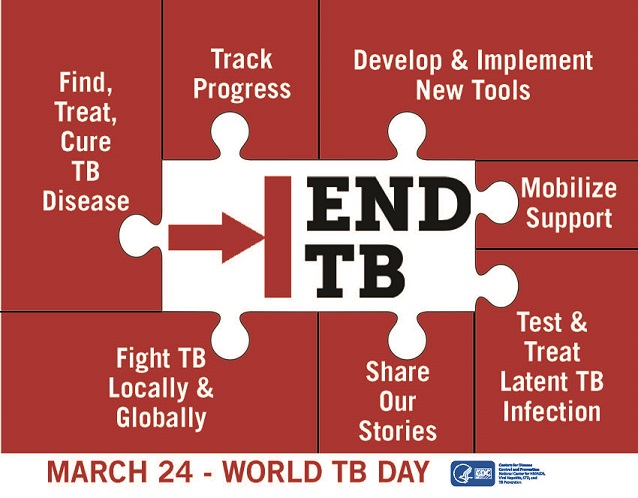 World TB Day is recognized every year on March 24th. In the United States, Tuberculosis (TB) remains under control; however continued work must be done to reach TB elimination. The newly released numbers from Arizona’s TB Control Program show a decrease of reported TB cases from 198 cases (2015) to 188 cases (2016). This is a case rate of approximately 2.8 cases per 100,000 people, keeping Arizona just below the national average.

In 2015, CDC reported the first increase in TB cases in decades with 9,557 TB cases reported nationwide (rate of 3.0 cases per 100,000 people). Thankfully, due to the continued vigilance of public health, the national trend of TB cases are once again declining with approximately 9,526 TB cases reported in 2016 (rate of 2.9 cases per 100,000 people). This is the lowest number of TB cases in the U.S. that we have on record. Over the course of 2016, worldwide experts updated the guidance on screening, diagnosing, and treating TB, showcasing the need for a comprehensive approach in the fight to eliminate TB.

TB control is a global effort and there is a need for new, innovative tools to identify new TB cases and infections. Every day, TB programs across Arizona make strides towards TB elimination by Uniting to End TB