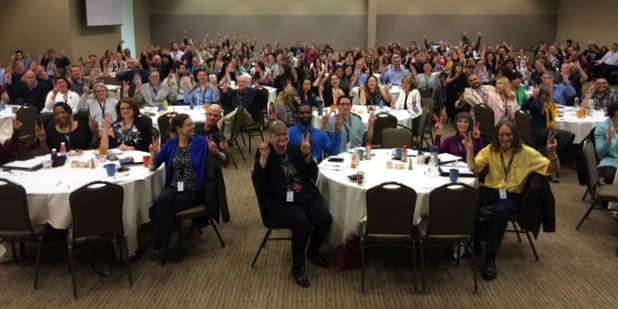 Phoenix Mayor Greg Stanton kicked off the Symposium, announcing Phoenix had become the 12th US city to join the UNAIDS Fast-Track Cities Initiative. More than 60 cities worldwide have signed the Fast-Track declaration, committing to end their local HIV epidemics by 2030.

The HIV Statewide Advisory Group formally unveiled Victory Over HIV, a five-year plan to end the epidemic in Arizona. More than 220 Arizonans contributed 1,483 hours creating the Plan. An additional 839 people living with, or at-risk for getting HIV informed planning activities by sharing their personal stories about accessing prevention and care services.

During the development of the plan, it became clear that a one-size-fits-all approach will not be effective. To better address the issues, the state has been segmented into regions: northern, central and southern. Each has their own objectives, strategies and activities. All three regions are working to achieve the ambitious goal of ending the HIV epidemic in Arizona by 2030.