The Rocket’s Red Glare; the Bombs Bursting in Air

The Rocket’s Red Glare; the Bombs Bursting in Air 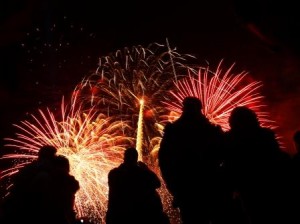 For many people, Independence Day wouldn’t be complete without fireworks.  There are dozens of public fireworks shows around the state, but some people like shooting them.  You’ve probably seen the fireworks displays in local stores and may even have kids asking you to buy some.

We looked at fireworks-related injuries from Arizona hospitals in the last 5 years and found most of the people who went to the ER for injuries are under 15 – about 32%, and 63% are under 24.  Not surprisingly, 85% of those treated were men.  We also found out that the largest group of injuries (40%) was from burns on different parts of the body.  The good news is the total number is relatively low in Arizona, although the number injured doubled from 2008 to 2012.

If you decide to give in to your own whim or the kids, remember to check your local city to see if fireworks are okay, consider the wildfire risk and then be careful so you don’t end up being in our next statistics!