Rural Metro Bankruptcy Confirmed by Court (but not yet effective)

Rural Metro Bankruptcy Confirmed by Court (but not yet effective) 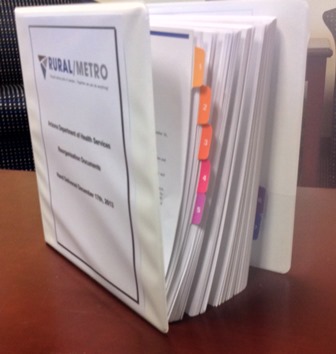 We received Rural Metro’s bankruptcy documents this week.  The Delaware bankruptcy court confirmed the company’s reorganization- including the business plan and capital structure.  The plan states that the company will be continuing all material contracts in AZ- which is good.  They’ll officially emerge from Chapter 11 once its reorganization plan is declared “effective”… meaning that all closing conditions are met.

A primary closing condition that still needs to be met is a determination from the ADHS whether their Certificates of Necessity (CON) need to be transferred to the post-bankruptcy R/M entity.  If we determine that a transfer is necessary- we’d need to schedule a hearing (probably be this Spring) prior to transferring the CONs.  Such a determination would likely delay the effective date of the bankruptcy agreement- currently scheduled for January 7, 2014.

Fortunately we have well-defined Statutes, Rules, and a Substantive Policy Statement to guide us in determining whether or not CON transfers will be necessary.  Now that we have the bankruptcy documents from the Court, we’ve begun our analysis of whether or not we need to hold a transfer hearing and transfer the CONs.  More to come soon.

P.S.  We received the November update of Rural Metro’s response times this week.  The report shows continued marginal improvement- suggesting that the bankruptcy proceedings over the last several months have not substantially impacted response times in AZ.  However, we still have open investigations that we’re working on.