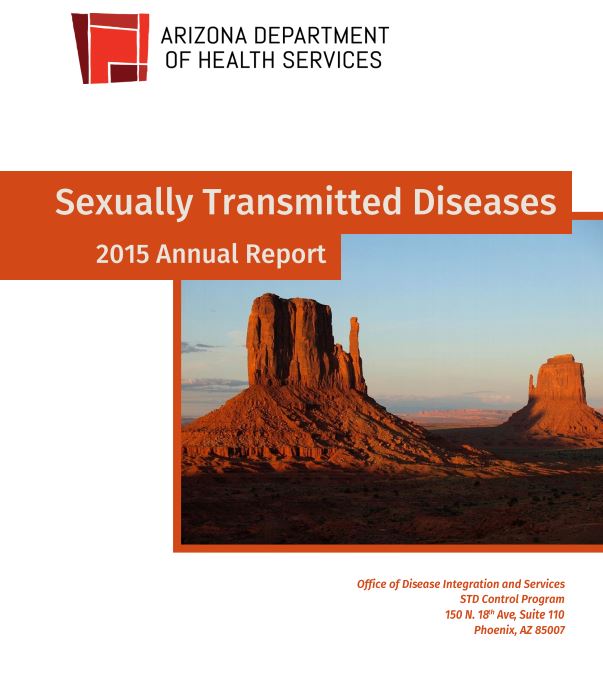 Our STD Control Program recently released the 2015 Arizona STD Annual Report. This report highlights the impact of sexually transmitted diseases (STDs) among residents of Arizona with specific focus on syphilis, gonorrhea, and chlamydia, the most commonly reported STDs.

In 2015 cases of STDs in Arizona continued to increase.  Cases grew from 39,919, in 2014, to 42,281 in 2015.  The majority of STD cases were reported from Maricopa (65.9 percent), Pima (15.7 percent), Pinal (4 percent) and Yuma (3 percent) Counties.  Arizona public health departments prioritize intervention with high-risk populations including youth, men who have sex with men, women and infants, and people with multiple infections.

Congenital syphilis is perhaps the most devastating of the STDs and, arguably, the most preventable . Undiagnosed or untreated syphilis in pregnant women can result in significant medical consequences for a child, including premature births, lower extremity abnormalities, miscarriages, or stillbirths. Arizona had 14 cases of congenital syphilis reported in 2015.

While STDs affect people of all ages, cases are more common among young adults and adolescents. In 2015, seventy-eight percent (78 percent) of Arizona’s STD cases were among those 15 to 29 years of age. Studies have shown that young people are most susceptible to the severe consequences of STDs, such as pelvic inflammatory disease and infertility.

The 2015 Report includes much more specific information regarding these populations. To learn more about the STD Control Program in Arizona, please visit our website.