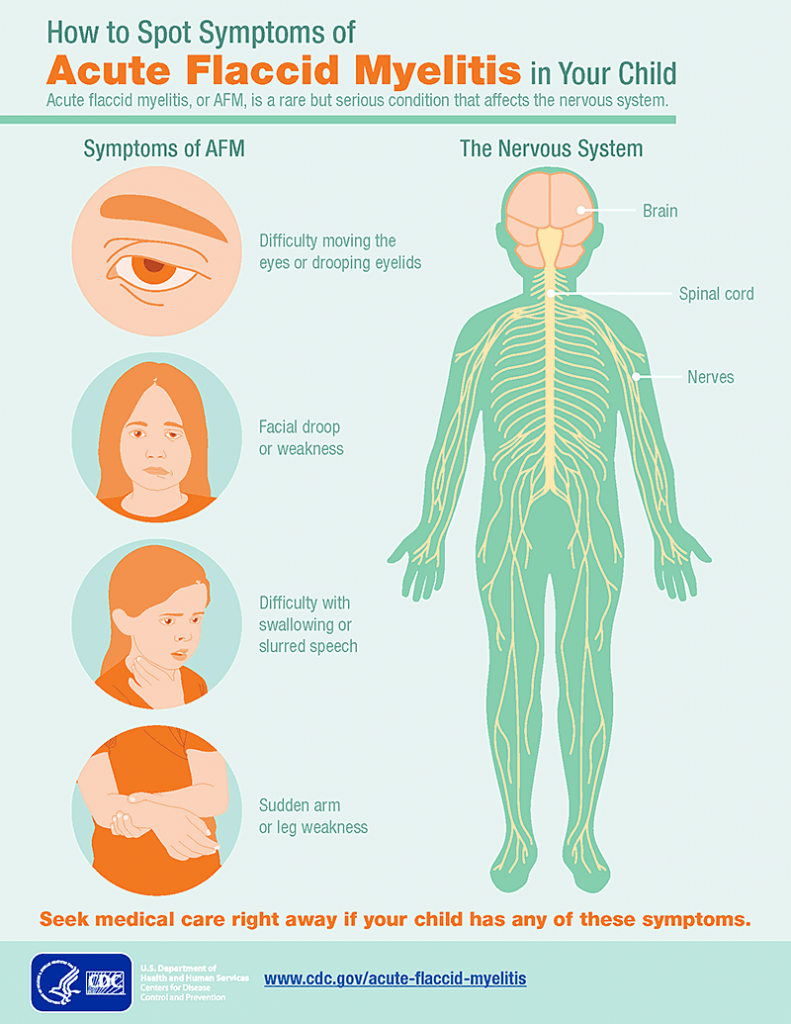 The Centers for Disease Control and Prevention (CDC) has noted an increase in reported and confirmed Acute Flaccid Myelitis (AFM) cases in 2018. AFM is a rare but serious condition that affects the nervous system causing a sudden onset of arm and/or leg weakness. AFM has a number of causes, including viruses, such as enterovirus and West Nile virus, and a condition where the body’s immune system attacks and destroys body tissue that it mistakes for foreign material. While we know that these can cause AFM, the cause for most cases is unknown.

The first increase in AFM cases occurred in 2014, and since then the Arizona Department of Health Services (ADHS) has teamed up with the CDC to try to understand what causes this illness, who is at higher risk, and what the long-term effects might be. To date in 2018, two AFM cases have been confirmed in Arizona.

ADHS and county health departments work to educate providers and investigate cases of AFM. It is initially suspected by doctors based on symptoms and a type of imaging test called an MRI. This information is sent to CDC’s expert panel, which includes several neurologists, who will then determine if it is a confirmed AFM case.

You can help protect yourself from potential causes of AFM by:

If you or someone in your family develops symptoms of AFM, you should seek medical care right away.