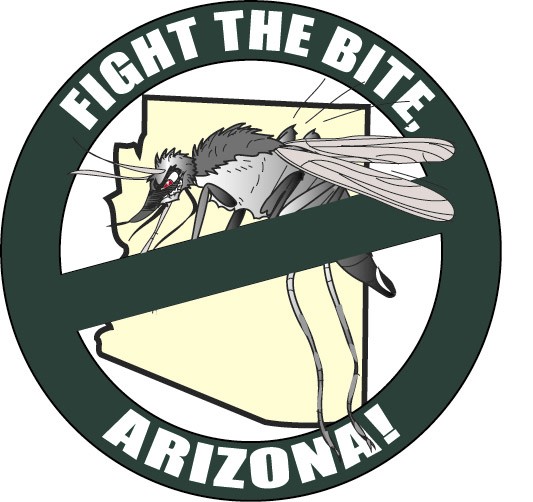 Summer’s here, and we know what that means…West Nile virus season. West Nile virus is most commonly spread by the bite of an infected mosquito. However, not every mosquito can carry West Nile virus. There are 40 different species of mosquitoes in Arizona, but only 2 transmit West Nile virus (WNV) to humans effectively, Culex tarsalis and Culex quinquefasciatus (try saying that 3 times fast).

The more we know about what they like to eat and where they breed, the better our prevention measures can be to stop the transmission of West Nile virus. Both species like to feed on birds and humans between the hours of dusk and dawn, and they like to lay their eggs in waters ranging from waste water areas to bird baths, old tires, or any container that holds water. If the water evaporates (or is poured out) before the eggs hatch or the larvae complete their life cycle, then they die.

The most severe form of the disease, called West Nile neuroinvasive disease is rare.  Last year Arizona was one of the states with higher rates of the most severe form. The risk of developing the neuroinvasive form of West Nile virus greatly increases with age. For the younger people, less than 1 in 700 will develop neurological symptoms, but it’s 1 in 50 in people over 60.  Underlying health conditions such as hypertension, diabetes, cancer, and renal disease can also increase the risk of developing the more severe form. About 10 percent of people who do develop West Nile neuroinvasive disease will die. This is why avoiding mosquito bites, mosquito-proofing your home, and eliminating breeding sites for mosquitoes is so important. Fight the bite, Arizona.