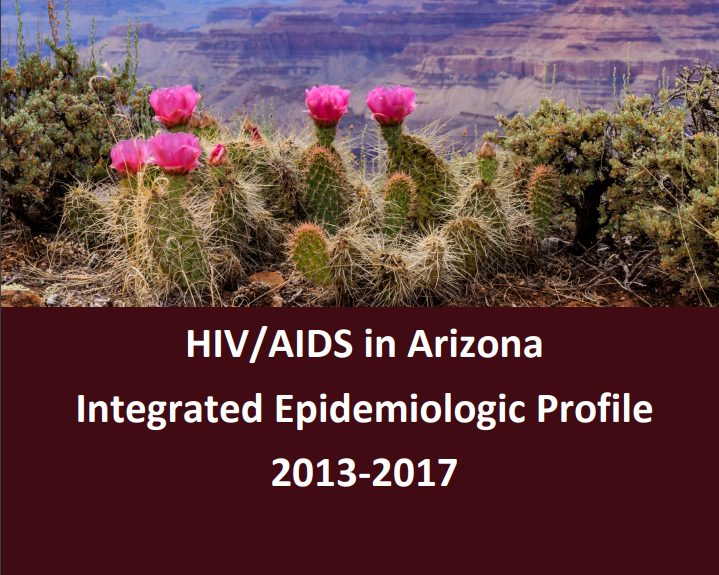 Every five years, the HIV Surveillance Program at ADHS produces an integrated epidemiologic profile that describes the characteristics of people living with HIV/AIDS (PLWH) in Arizona. The 2013-2017 Integrated Epidemiologic Profile provides a five-year snapshot of the sociodemographic, geographic, and behavioral factors associated with HIV/AIDS, along with health outcomes among PLWH. This report is a valuable tool used by ADHS, local health departments, and community stakeholders to inform HIV prevention strategies, distribute resources for HIV care and services, and much more.

Scientific advancements have been made in both the prevention and treatment of HIV, notably the use of pre-exposure prophylaxis (PrEP) and increased use of antiretroviral therapy (ART). However, certain populations are still at an increased risk for HIV/AIDS. Men, particularly men who have sex with men (MSM), adults ages 20-39, and black/African American individuals are at higher risk for HIV/AIDS than other sociodemographic groups. These special populations were also highlighted in the report findings: