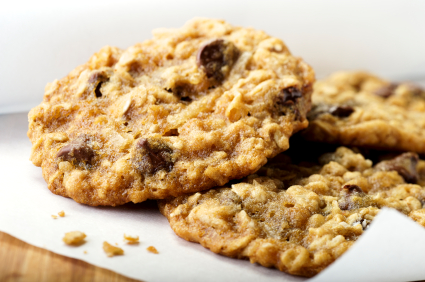 Is it really true? Could cookie dough make us sick? If you’ve been watching or reading the news lately, you may have heard about a new outbreak that is linked to dough made with contaminated flour. What is unusual about this outbreak is that the source was not from the usual suspect, raw egg, but rather from flour that was contaminated with a pathogenic bacteria called Escherichia coli O121, or E. coli O121.

People that get sick from E. coli O121 usually get symptoms within two to eight days after eating contaminated food and will eventually develop abdominal cramps and diarrhea, sometimes even bloody diarrhea. Most people get better within a week but, for some people, the illness can be severe and result in kidney failure; this type of severe illness is most common with small children, the elderly, or individuals with a compromised immune system.

According to information released about this outbreak by the Food & Drug Administration (FDA), there are 42 people infected with the outbreak strain of E. coli O121 from 21 states; eleven of these individuals have been hospitalized. Through a traceback investigation, the FDA was able to determine that people became sick after handling or eating raw dough made from General Mills flour produced at a Kansas City, Missouri facility in November and December of 2015. Open samples of flour from consumers’ homes, including one collected by ADHS from a sick Arizona consumer, tested positive for E. coli O121.

On May 31 General Mills conducted a voluntary recall of flour products and then subsequently expanded the recall on July 1, 2016. The recalled product was sold nationwide under the brand names of Gold Medal flour, Signature Kitchens flour, and Gold Medal Wondra flour. Flour has a long shelf life, therefore consumers are urged to check their pantry and discard any recalled products.

Besides checking your pantry, here are some food safety tips to prevent foodborne illness at home: