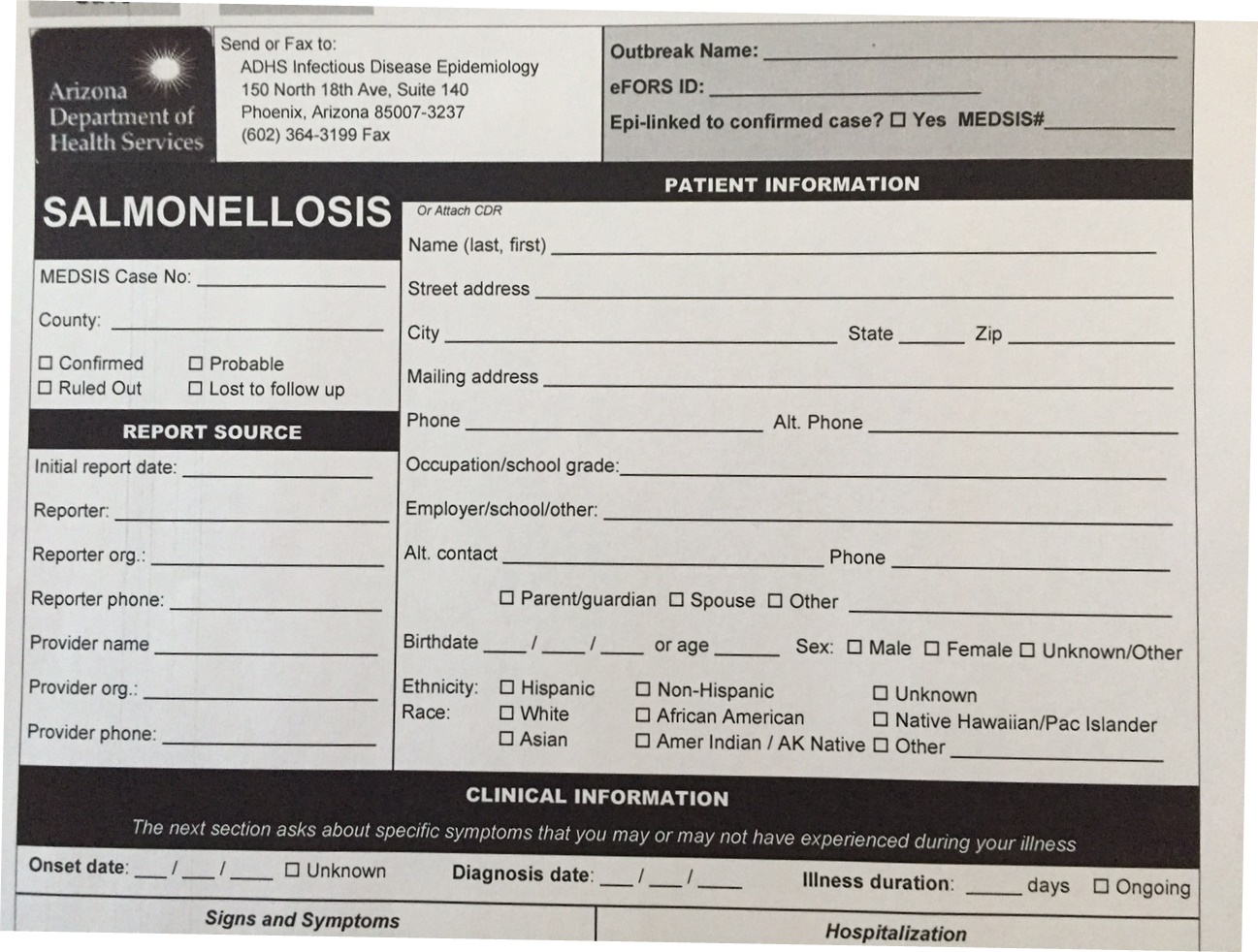 Our epidemiologists in the Office of Infectious Disease Services have been working with local and federal public health partners on an outbreak investigation of a rare strain of Salmonella, called Salmonella Paratyphi B.  Most ill people in Maricopa County report eating sushi containing raw minced or ground tuna at restaurants.  As of May 20, there are 51 cases nationally and 10 cases in Arizona linked to this outbreak.

Solving this outbreak requires communication and collaboration between epidemiologists, environmental health specialists, communicable disease investigators, and laboratory scientists, not only at ADHS, but also with our county public health partners and public health agencies throughout the country.

Once we are notified in public health that someone has Salmonella, a disease investigator contacts the person to ask about food, animals, and other exposures.  Our State Public Health Laboratory scientists analyze Salmonella specimens using DNA fingerprinting, allowing public health officials to link people from separate households (locally and nationwide) whose Salmonella DNA fingerprints were a match. This match tells us that the individuals likely got sick from the same source, triggering an outbreak investigation.

This outbreak investigation is ongoing, and we are continuing to interview ill people to gather more information about foods they might have eaten during the week before they got sick.  We are also working with regulatory partners such as the local Environmental Health Departments and the Food and Drug Administration to identify the exact source of illness and remove it from restaurants.