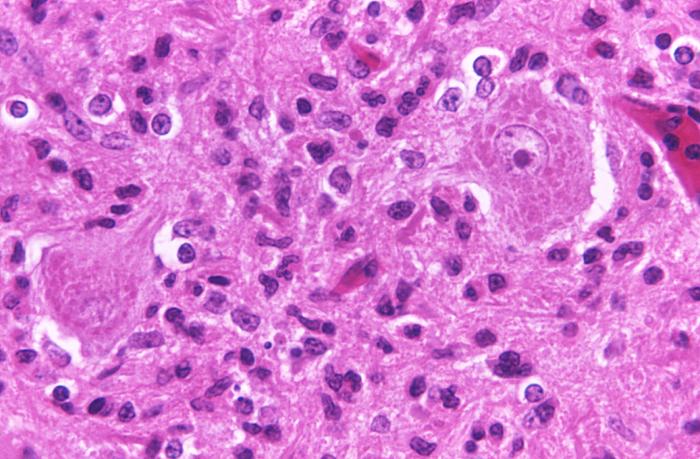 Arizona confirmed a case of rabies in a horse from Santa Cruz County . This is the first case of rabies in a domestic animal in Arizona since 2009. The horse became sick and was eventually euthanized. Public health is assessing the risk of exposure for all people involved in caring for and handling the horse. There have been NO human cases of rabies associated with this horse. The last documented case of human rabies was in 1981.

The most common sources of rabies in Arizona are bats and skunks, although foxes, coyotes, and bobcats have also been carriers. Since 2009, there has been an increase in the number of rabid skunks in Southern Arizona. In 2015, 120 rabid animals were identified in Arizona. In 2016 thus far, there have been 38 positive rabid animals from six Arizona counties. Of these positive animals, 30 are skunks.

Rabies is a virus that can cause serious damage to the nervous system of humans and animals. People and animals can get exposed to rabies through direct contact with neurological tissues or saliva, for example through the bite of an infected animal. Our Vector-borne and Zoonotic Disease team works with local public health and animal control agencies to track animal rabies cases and human and domestic animal exposures.

The good news is that rabies is preventable. Domestic animals like livestock, dogs, and cats should be vaccinated against rabies on an annual basis. People are encouraged to avoid contact with wild animals and report strangely acting wildlife to animal control or the Arizona Game and Fish Department. If a person or animal has contact with a wild animal, consultation with a healthcare provider or veterinarian is recommended. If rabies is suspected in livestock, contact the Arizona State Veterinarian’s Office.

To learn more about rabies in Arizona and how to keep people, pets, and livestock safe, you can visit our website.