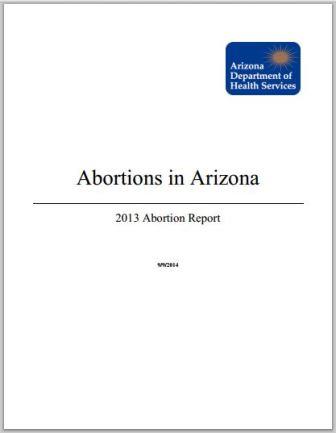 We publish several reports every year that are required by Arizona law…including our annual abortion surveillance report.  We published our 4th Abortion Surveillance Report this week.  Overall, the abortion rate in Arizona was stable from 2012 to 2013, however, the rate of abortions among 18-19 year old women decreased more than 30% between 2012 and 2013…the lowest in a decade.  The majority of women who received abortions were between 20 and 29.  In 2013, about 70% of Arizona abortions were handled surgically.

The complete report also contains information about the number and kinds of complications as a result of abortion procedures and a host of other demographic analyses.  The report is compiled using a secure, web-based reporting system from facilities and providers across the state.