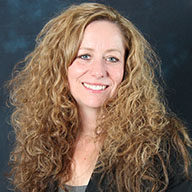 Arizona Department of Health Services Director Cara M. Christ, M.D., M.S., has worked for the agency for more than nine years in multiple positions. In May 2015 Dr. Christ was appointed as Director by Governor Doug Ducey.

Dr. Christ obtained her master’s degree in microbiology with an emphasis in molecular virology and public health. Dr. Christ started her ADHS career in 2000 as an Infectious Disease Epidemiologist. She left ADHS in 2001 to attend medical school. She earned her Doctor of Medicine from the University of Arizona College of Medicine.

Dr. Christ has a strong commitment to the health of the people of Arizona. Among her many accomplishments at ADHS, she collaborated with health partners and stakeholders to develop strategic plans for infectious disease prevention and control including the Governor’s Council on Infectious Disease Preparedness and Response. She was involved in leading statewide efforts during the 2009 H1N1 pandemic, and worked with partners to find solutions to improve childhood vaccination programs. Dr. Christ led the effort to develop and implement 20 Articles of Arizona Administrative Code for Health Care Institutions.

Dr. Christ was born in Missouri and moved to Arizona more than 30 years ago. She grew up in the Valley where she still lives with her husband and three kids. She is an avid Disney fan and also holds a “Ducktorate,” from Walt Disney University focused on Disney Style Management.